Uthicke et al. (2016) in an assessment of the GBR (Great Barrier Reef, NE Australia) advocate that two factors are needed to quantify exposure to drivers, namely their intensity (concentration or level) and their duration. For the latter, drivers may be classified as acute, i.e., typically defined in ecotoxicology as up to two weeks (three weeks for fish and shorter for short-lived organisms): e.g. coral bleaching after a few weeks of unusually high temperatures), or chronic (for longer than two to three weeks, e.g., eutrophication/overfishing).  However, the classification of drivers into instantaneous, acute (pulse-type) and chronic (press-type) categories can be blurred for some drivers that are variable in intensity (e.g., turbidity, sedimentation and heat stress/warming) and will vary spatially and across levels of organisation (individuals versus ecosystem).

In the field, multiple drivers will also exert different effects depending on their timing, i.e. whether they occur simultaneously or sequentially. If they are sequential, the attribution of effects will be co-determined by the sequence of events, i.e. which driver comes first. For example, once a reef has lost significant coral cover from a storm, then predation by the coral eating crown-of-thorns starfish will not cause much additional damage, and vice versa. Another crucial factor to determine the effects by sequential drivers is recovery time and successional processes. For example, if a coral community is in an early stage of recovery and dominated by small colonies, then that community is less fragile to storm damage. The intensities of some combinations of drivers are typically independent from each other, while others are typically confounded (e.g. sediments, dissolved inorganic nutrients, pesticides and reduced salinity often co-occur in flood plumes). In the latter case, it is often difficult to attribute the measured effect to any specific driver based on field data, and experiments are needed. In situations where a manager or a regulator is charged with the task of identifying the activity most likely to cause the observed effect, insight into the processes that led to the effect can be informed by mechanistic models calibrated by multifactorial experiments and parameterised by the relevant environmental variables. 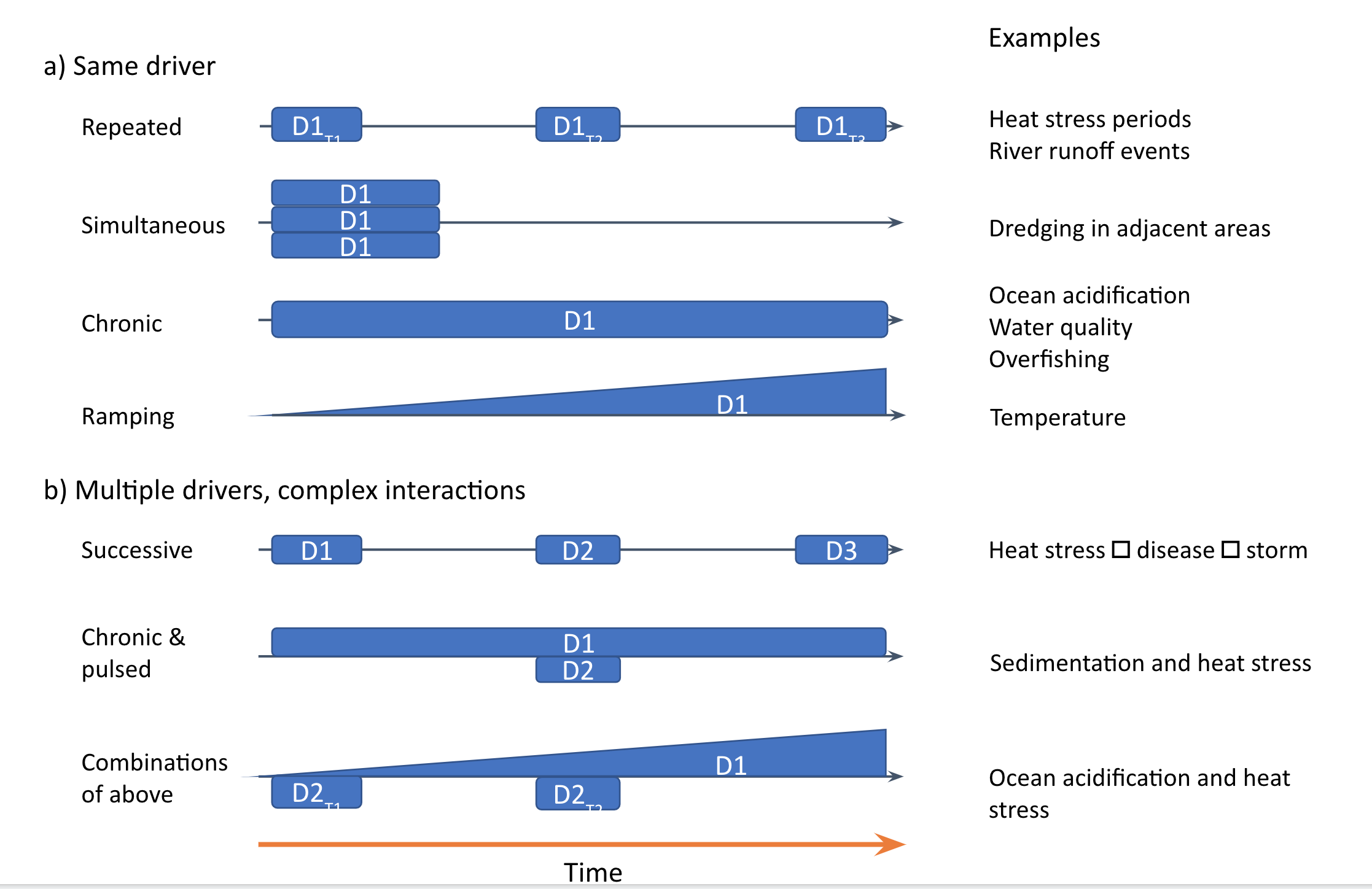